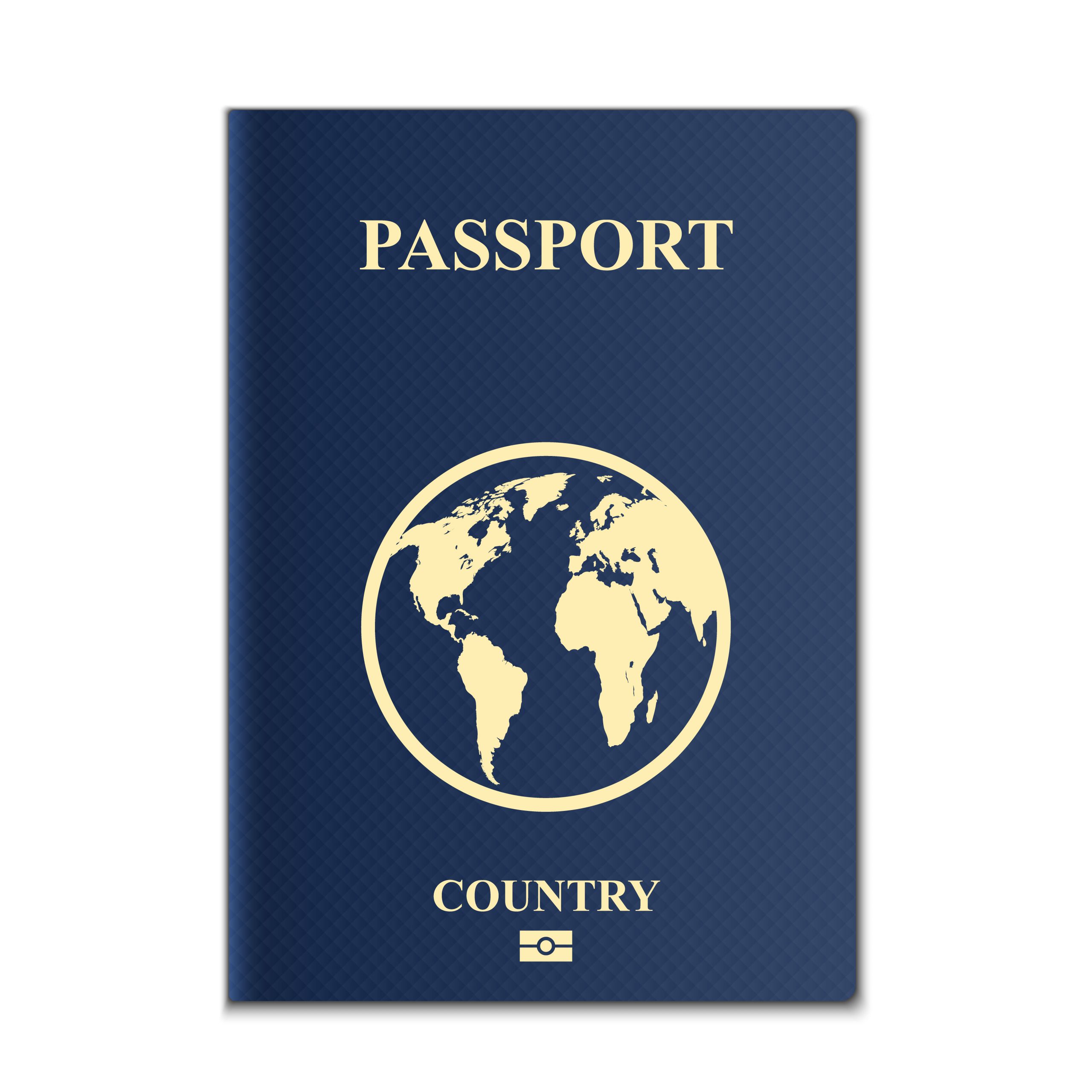 Jul 08, 2010
Many Africans in the diaspora were taken from the continent against their will ‘during the long years of the inhumane and barbaric transatlantic slave trade’, writes Beharane Selasie Kabaka. Isn’t it therefore ‘our moral obligation as native Africans to fully accept them if they wish to return’, without subjecting them to bureaucratic procedures for the acquisition of citizenship, Kabaka asks.

It is common knowledge that during the long years of the inhumane and barbaric trans Atlantic slave trade, millions of Africans were kidnapped, shipped away and forced to serve as slaves in the Americas, the Caribbean and Europe. From its very onset slavery was vehemently resisted. Many Africans intentionally starved themselves on the slave ship while others threw themselves overboard when they got the chance, preferring death to slavery.

On reaching the Caribbean and the Americas, many Africans rebelled against their captors and fled to areas that were hardly accessible – for instance forests, swamps and mountainous areas all in a bid to escape the humiliation of slavery. The resistance to this barbaric trade continued but only gained significant momentum in 1791 with the rebellion of Haiti led by Toussaint l’Ouverture. The declaration of the independence of Haiti on 1 January 1804 by Jean-Jacques Dessalines inspired other Africans still under captivity to rebel.

On realising the dangers of slave uprisings, moderate whites began the campaign to end slavery. Slave trade was finally banned by the British government in 1807 but in earnest, the barbaric trade persisted for another eighty years in America and the Caribbean. At its twilight, the question of whether the freed slaves should be returned to Africa became a burning issue. Consequently large tracts of land were put aside by the imperialists in Sierra Leone and Liberia and many Africans were returned to the land of their ancestors.

However many freed Africans remained in the diaspora. In 1923 Marcus Garvey through his Universal Negro Improvement Association launched his ‘back to Africa’ campaign. Marcus Garvey taught that the only viable option for the African in the diaspora is to return to Africa, develop it and live in dignity. He predicted that the African shall never achieve his highest ambition and full human rights if he stayed in the diaspora. To this end Garvey through his Black Star Cruiser Liner Company procured two ships to transport willing Africans back home. Garvey’s Black Star Liner project would certainly have repatriated a considerable number of Africans had it not been frustrated by the American government and fellow black leaders most notably W.E. B. Bois, who sadly viewed Garvey as an ‘illiterate radical’.

In May 1966, His Imperial Majesty Emperor Haile Selasie, upon his return from a visit to the Caribbean acknowledged the plight of the African in the diaspora and granted 500 acres of Ethiopian land in Shasemane to Africans in the diaspora who wished to return home. Indeed a number of Africans – most notably Rastafari from Jamaica – have repatriated over the years. Sadly on the overthrow of His Imperial Majesty, the Shasemane land grant was nationalised and many of the returning Africans lost their land. To compound matters, the returning Africans in Shasemane have not been accorded citizenship rights – for instance the right to own a passport, the right to vote, the right to be employed and the right to own land in perpetuity. Denial of a right to a passport has meant that many of these brothers and sisters have been confined to Shasemane and therefore cannot acquaint themselves with the rest of the continent.

As already highlighted, our diaspora brothers and sisters were taken against their will. It is therefore our moral obligation as native Africans to fully accept them if they wish to return, without subjecting them to the bureaucratic procedures that are apparent in our laws in regard to the acquisition of citizenship. With more information and technology like DNA, many Africans in the diaspora have discovered their true roots in Africa, that is to say; the very villages from where their ancestors were kidnapped. The availability of information and experience acquired from trips to Africa has helped the diaspora Africans to learn that Africa is not the ‘dark doomed continent’ as portrayed constantly in Western media.

Many diaspora Africans endure racism on a daily basis in Europe and the Americas, in the Caribbean they are threatened by frequent natural calamities such as hurricanes and earthquakes. Thus many of them see themselves in ‘exile’ and given an opportune chance, they would wish to return to Africa and live in dignity.

It should also be acknowledged that the Africans in the diaspora do not return empty handed but with substantial financial capacity and rare skills and knowledge. It is our conviction that returning diaspora Africans shall play a significant role in the economic emancipation of the African continent. The Pan-African position is that Africa shall only be liberated economically by Africans themselves; certainly not by the mischievous West. We therefore call upon all African governments to consider granting land and full citizenship rights to all Africans in the diaspora who wish to return home. To this end we are encouraged by the to the recent pledge of free land and full citizenship rights by the Senegalese President Comrade Abdoulaye Wade to any Haitian who wishes to repatriate to Africa.

Our prayer is that this grant be extended to all diaspora Africans and that all African presidents do the same. As Pan-Africans we are concerned that many African presidents today come to power riding on the back of the Pan-African ideology but do not do anything to illustrate their Pan-African ideals when they assume office. We are convinced that granting land and full citizenship rights to diaspora Africans is a sure way through which our leaders should demonstrate their Pan-African zeal but more importantly an avenue to give African development a much needed impetus. We are also deeply encouraged by the recent invitation of the leaders of Caribbean countries to the upcoming African Union Summit in Kampala as observers. We are hopeful that in the near future our diaspora African brothers and sisters shall be given chance to fully participate and be heard at the African Union Summit in a bid to enhance the ties between Native and Diaspora Africans. LONG LIVE AFRICAN UNITY!

BROUGHT TO YOU BY PAMBAZUKA NEWS BY BEHARANE SELASIE KABAKA

We use cookies on our website to give you the most relevant experience by remembering your preferences and repeat visits. By clicking “Accept All”, you consent to the use of ALL the cookies. However, you may visit "Cookie Settings" to provide a controlled consent.
Cookie SettingsAccept All
Manage consent

This website uses cookies to improve your experience while you navigate through the website. Out of these, the cookies that are categorized as necessary are stored on your browser as they are essential for the working of basic functionalities of the website. We also use third-party cookies that help us analyze and understand how you use this website. These cookies will be stored in your browser only with your consent. You also have the option to opt-out of these cookies. But opting out of some of these cookies may affect your browsing experience.
Necessary Always Enabled
Necessary cookies are absolutely essential for the website to function properly. These cookies ensure basic functionalities and security features of the website, anonymously.
Functional
Functional cookies help to perform certain functionalities like sharing the content of the website on social media platforms, collect feedbacks, and other third-party features.
Performance
Performance cookies are used to understand and analyze the key performance indexes of the website which helps in delivering a better user experience for the visitors.
Analytics
Analytical cookies are used to understand how visitors interact with the website. These cookies help provide information on metrics the number of visitors, bounce rate, traffic source, etc.
Advertisement
Advertisement cookies are used to provide visitors with relevant ads and marketing campaigns. These cookies track visitors across websites and collect information to provide customized ads.
Others
Other uncategorized cookies are those that are being analyzed and have not been classified into a category as yet.
SAVE & ACCEPT